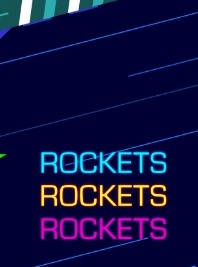 Rockets Rockets Rockets is set in a 2D world where the player controls a rocket while attacking and being attacked by AI and human controlled enemies. The aim of the game is to try to get a three point lead against your enemy. The game contains power-ups and different environments.