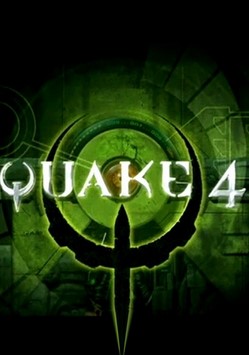 Quake 4 is a military science fiction first-person shooter video game, the fourth title in the Quake series. The game was developed by Raven Software and published by Activision. Raven Software collaborated with id Software, the creators and developers of preceding Quake games. id Software supervised the development of the game as well as providing the id Tech 4 engine upon which it was built. Quake 4 went gold in early October 2005 and was released on October 18, 2005 for Microsoft Windows and later for Linux and OS X, as well as being a launch title for the Xbox 360. A special DVD Collectors Edition was released, including promotional material and the game Quake II with its expansions, The Reckoning and Ground Zero. The Xbox 360 version of Quake 4 is based on the Special Collectors Edition, and includes Quake II. On August 4, 2011, the game was made available through Steam.

Plotwise, the game is a sequel to Quake II and takes place during the same war as Enemy Territory: Quake Wars. Compared to other titles in the Quake series, Quake 4 has an increased emphasis on the single-player portion of the game. A multiplayer mode is available, but it does not involve playable bots like Quake III Arena.

The Quake 4 single player mode continues the story of Quake II by pitting the player against a cyborg alien race known as the Strogg. The game follows the story of a Marine Corporal named Matthew Kane who is joining the elite Rhino Squad. Following the success of the protagonist of Quake II in destroying the Strogg's leader, the Makron, Rhino Squad is tasked with spearheading the mission to secure the aliens' home planet Stroggos. In the course of the invasion, the squad ship is shot down and crashes in the middle of a battle zone, separating Kane from his companions. Kane rejoins his scattered team members and partakes in the assault against the Strogg.

After performing a number of tasks, such as destroying and capturing Strogg aircraft hangars and defense systems, Kane and his remaining squad members make it to the USS Hannibal. There they are given their next mission: infiltrating one of the Strogg's central communication hubs, the Tetranode, with an electromagnetic pulse bomb in the hope that it will put the main Strogg Nexus in disarray. Kane is tasked with defending the mission convoy, which takes heavy casualties. After many setbacks, including the destruction of the EMP device by a Strogg ambush, Kane is left to complete the mission, assisted only by Private Johann Strauss (Peter Stormare) and Lance Corporal Nikolai "Sledge" Slidjonovitch (Dimitri Diatchenko). Strauss figures out a way to destroy the core by shutting down its coolant systems. As Kane reaches the entrance to the Tetranode, however, he is greeted by two rocket-equipped network guardians, as well as the newly constructed Makron, which easily defeats Kane and knocks him unconscious.

When Kane awakens, he finds himself strapped to a conveyor belt in the Strogg "Medical Facilities", a structure used for turning those captured and killed by the aliens either into protein food or additional Strogg units. In a long and gruesome first-person cutscene, Kane is taken through this "stroggification" process which violently replaces much of his anatomy with bio-mechanical parts. Before the final controlling neurochip implanted in his brain can be activated, though, Rhino Squad bursts into the facility and rescues Kane. After escaping through the Strogg medical facility and Waste Disposal plant, fighting off zombie-like half-stroggified humans along the way, Kane is forced to combat his former commander, Lieutenant Voss (Michael Gannon), who has been fully stroggified into a powerful mechanized monster but retains his own consciousness long enough to warn Kane. After defeating this threat, Kane and the remaining marines finally make it back to the Hannibal.

The commanders realize that Kane's Strogg physiology has opened up new possibilities for defeating the Strogg, as he can be used to infiltrate locations and teleportation areas previously impenetrable and/or fatally harmful to human forces. The new plan is to directly target the Strogg Nexus Core, a huge centralized brain-like structure which controls the alien forces. The Marines are tasked with infiltrating the three data towers adjacent to the Nexus: Data Storage, Processing, and Networking. There, they will deactivate the Nexus' shield and power up the teleporter used to access the Nexus and send Kane in. Once inside, Kane will travel to the center of the Nexus to destroy the Core Brain and its guardian.

After infiltrating the facility and realigning the data nodes powering the teleporter, and destroying its fearsome "Guardian" creature, Kane reaches the Nexus core. There he meets the Makron in a final showdown and kills it. This accomplished, he destroys the Core and returns to the Hannibal. Celebrating with Rhino Squad afterward, Kane receives word that he has new orders.