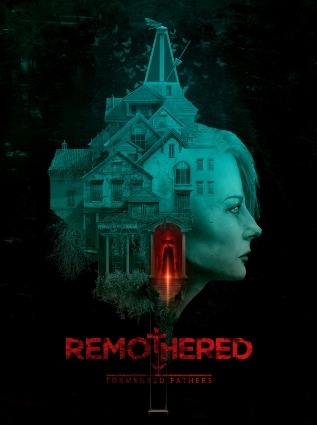 Remothered: Tormented Fathers is a 2018 survival horror video game developed by Italian studio Stormind Games and published by Darril Arts for PlayStation 4, Xbox One and Microsoft Windows, both developed and set in Italy. It is created, written and directed by the italian videogame artist and director Chris Darril and is considered a spiritual successor to the Japanese survival horror series Clock Tower. On March 22, 2019, Darril Arts announced that, thanks to a collaboration with Japanese publisher Dico, Remothered: Tormented Fathers was released on Nintendo Switch in 2019. On April 11, during the IVGA (Italian Video Game Awards) in Rome, on stage rewarded for "Best Italian Game", Chris Darril and Modus Games' CEO Christina Seelye announced a sequel to Remothered titled Remothered: Broken Porcelain, in collaboration with Maximum Games that will be released sometime in 2020 for PlayStation 4, Xbox One, Microsoft Windows and Nintendo Switch.

The game received positive reviews according to the review aggregation websites GameRankings and Metacritic. It was praised for its atmosphere, gameplay and storytelling.

On July 22, 2018, three days prior to Remothered: Tormented Fathers' console release, Keiichiro Toyama, creator of the Silent Hill series and Forbidden Siren, expressed his admiration for Remothered and hoped to collaborate with Chris Darril.