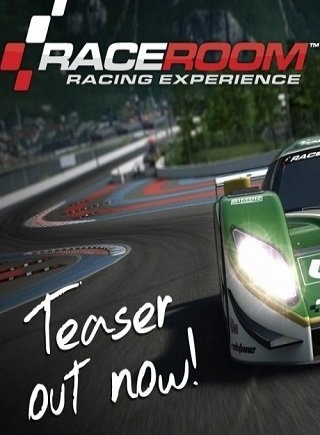 RaceRoom Racing Experience (commonly abbreviated as R3E) is a free-to-play racing simulator for Microsoft Windows, developed by Sector3 Studios, (formerly known as SimBin Studios) and published by RaceRoom Entertainment AG. Their aim is to provide an authentic racing experience through detailed car and track models as well as realistic car behaviour and sounds. The game provides a selection of free-to-play race cars and tracks to drive in multiplayer and single player games modes. Sponsored competitions and other free-to-play events allow users to use premium game content at no cost.

RaceRoom offers many different game modes such as Multiplayer Races, Custom Championships, Single Races, Practice, Leaderboard Challenges and Online Competitions. The simulation also includes an online portal that keeps track of player statistics and leaderboard entries that serve as a platform for the players' activities.

According to Sector3's Christopher Speed, RaceRoom is created and maintained by 10-11 people. Since its release on February 12, 2013, RaceRoom has been updated regularly with new features and content and has received significant improvements in all departments.

On March 15, 2016 Christopher Speed posted a thread on the official Sector3 Studios forums titled 'In response to the so-called 'leak'... that a 'very small team investigating and evaluating newer technologies for the future'. Christopher Speed included an in-game screenshot of R3E running on Unreal Engine of a BMW Z4 GT3 at the Circuit de Spa-Francorchamps. In a February 2017 interview with racing simulation website Race Department, Christopher Speed announced RaceRoom would be replacing the RendR graphics engine with Unreal Engine 4 with RaceRoom's conversion to Unreal Engine 4 to be aided by a partnership with SimBin Studios UK who are utilising Unreal Engine 4 for GTR 3.