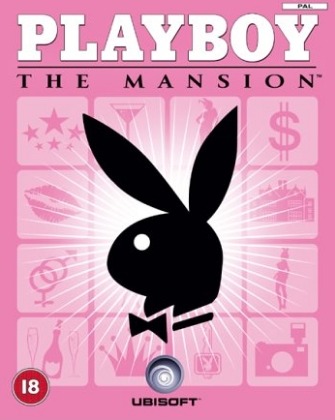 Playboy: The Mansion is a simulation video game for the PlayStation 2, Microsoft Windows and Xbox consoles, developed by Cyberlore Studios, published by Groove Games and Arush Entertainment and licensed by Playboy Enterprises.

Playboy: The Mansion puts players in the role of Hugh Hefner, the founder of Playboy Magazine and Playboy Enterprises, referred to in the game as 'Hef'. The aim of the game is to build the famed Playboy Empire from scratch, starting from a humble magazine to celebrity endorsements to home entertainment to Internet websites to merchandise.

The player can mold the famed Playboy Mansion to their own needs and wants, and has the option of experiencing the infamous Playboy Playmate parties in locations such as the Grotto and the Clubhouse. Hef, as well as all other characters in the game, can build three types of relationships with other characters: casual, business, and romantic. Each month, the player has to print an issue of the magazine. To do that the player needs a cover shoot, a centerfold, an essay from a celebrity, interview with a celebrity, a pictorial about a subject and an article about a subject. The player must hire photographers and writers to create each issue. All the characters have interests, such as sports and music, and writers on those topics will produce higher-quality articles. In the game, the player is the photographer during photo shoots. The game contains many sexual references, including sexual relationships.

There are twelve missions in total. Some of the goals include making and/or fixing relationships with people, publishing certain magazine content, and throwing parties. Players can also choose not to achieve goals, as there is no time limit, and do other things such as parties, mansion renovations and playing with the mansion's variety of games; however, magazines must continue to be published as that is the player's income source.

The expansion adds many new features to the game. When characters engage in sexual activities, they now remove their underwear and their genitals are blurred, much like The Sims characters. Another feature is the ability to throw "theme parties", which consist of Halloween, A Midsummer Night's Dream, Hef's Birthday, Tropical, Playmate of the Year and more.