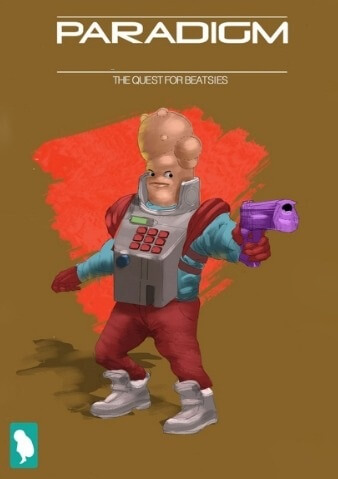 The game follows Paradigm, a genetically grown person that was horribly mutated in the process, who was dumped in a post-Soviet town to grow up on his own. Paradigm then adventures through his past of DUPA Genetics only to find out he is a mutated prodigy child and that he must defeat Olof, a talking sloth who is the head of DUPA Genetics.

Together with the Kickstarter, an alpha demo of the game was available to download and play. The game was originally slated for release in mid-2015.

On August 4, 2016, the game was chosen as one of six winners to be showcased at the PAX Aus Indie Showcase 2016. In March, 2017, a trailer was released on the developer's YouTube channel with a release date reveal of April, 5th, 2017 for Steam and Humble Bundle.

Paradigm was one of the winners of the "Australian Game of The Year" award at the 2017 Melbourne International Games Week.