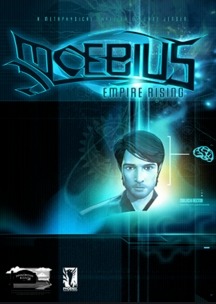 According to the description on its Kickstarter page, the game tells the story of Malachi Rector, an antiques dealer who travels the world hunting down valuable artifacts. After returning from a trip to Spain he's hired by Amble Dexter, the head of a secretive government agency called FITA, "to investigate a series of events and document them in his meticulous way."

Moebius: Empire Rising received mixed reviews from critics. It received an average score of 60.00% on GameRankings and a weighted score of 54/100 on Metacritic.