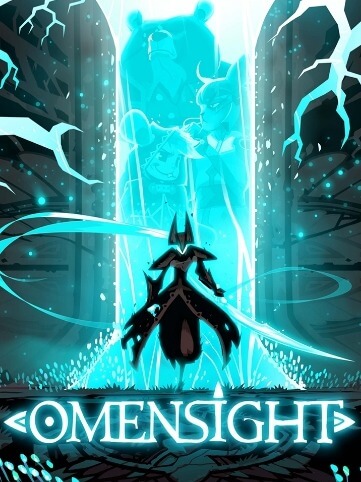 Omensight is an action role-playing game developed and published by Canadian studio Spearhead Games, and is the spiritual successor to Stories: The Path of Destinies. It was released for Microsoft Windows and PlayStation 4 on May 15, 2018, the Nintendo Switch on December 13, 2018, and the Xbox One on June 7, 2019.

Described by the developer as an "Action Murder Mystery" game, the player primarily takes the role of the Harbinger, a mythical warrior who only appears in times of crisis, and as a dark god destroys the world of war-torn Urralia. In order to save the world, the Harbinger must use their Omensight power to go back in time, reliving the final day to investigate a series of events that led to the murder of a priestess. The Harbinger comes across four other playable characters which are the key to solving the crisis.