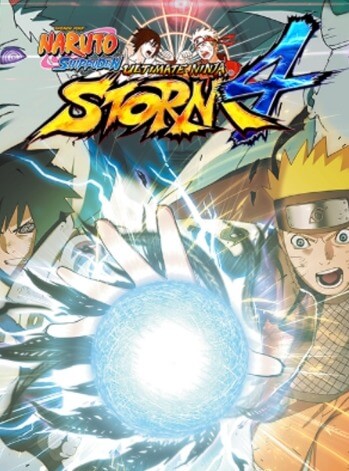 Ultimate Ninja Storm 4 features gameplay akin to that of previous games in the series, in which players battle each other in 3D arenas. A returning feature which was omitted since the original Ultimate Ninja Storm is the ability to Wall Run. Players will be able to dynamically take to battle to the sides of the arenas, and battle on the walls of each stage. A major change to the feature is the ability to have one character be on the wall, while the other stays on the field. Originally the second player was automatically moved to the wall, to keep the battle flowing and the system in check. The option to select one of three different fighting types has been removed, which was introduced in Naruto Shippuden: Ultimate Ninja Storm Revolution, restoring the previous system of Ultimate Jutsu and Awakenings seen in the rest of the series. Another new feature is the ability to swap characters during battle, similar to games like Marvel vs. Capcom 3. Awakenings and ultimate jutsus from previous games also return, and can now be shared between the switchable characters, meaning players can build up their meter with one character, switch to the other and use said abilities with the other character. However, the characters will now all share the same life bar. Also new to the franchise is the ability to break weapons and armor, both in free battle and boss battles. To support this, they have added the ability to create elemental damage; For example, fire can burn away clothing. Players can, however, get rid of the fire by moving around quickly throughout the area or by getting hit with water attacks.

The plot begins in the middle of the Fourth Shinobi World War fought by the Allied Shinobi Forces from the ninja villages where the ninja Naruto Uzumaki reveals the villain Tobi leading Akatsuki is Obito Uchiha, the presumed-dead best friend of Naruto's mentor Kakashi Hatake. As Obito and his partner Madara Uchiha manage to awake the legendary beast, the Ten Tails, Obito's partner Sasuke Uchiha has the late Konohagakure leaders, the Hokages, reanimated to learn about their village's origins. After realising that both his late brother Itachi and First Hokage Hashirama Senju fought to protect the village regardless the cost, Sasuke's team and the reanimated Hokage go to aid Naruto's group. In the fight, Naruto and Sasuke manage to defeat Obito after their enemy absorbed the powers of all Tailed Beasts. Madara tries to defeat the Hokages but when he tries to kill Naruto and Sasuke, the two ninjas awake new powers inherited from the Sage of the Six Paths. The duo then defeats Madara who is instead backstabbed by his partner Zetsu to turn him to Sage's mother, Kaguya. With the help of Kakashi and Sakura Haruno, Naruto and Sasuke manage to seal Kaguya though Obito dies in the battle trying to protect Kakashi. In the aftermath, Naruto and Sasuke engage in a final battle to decide the villages' status quo. Amazed by Naruto's decision, Sasuke gives up and leaves Konohagakure. The game ends with a time skip where Naruto has become the new Hokage and Sasuke returns to the village.

Hiroshi Matsuyama stated that he wanted the game's life to be as long as possible. In order to achieve this, he and his team made significant changes to the game's combat mechanics, which will include a new system of strategy developed exclusively for the game, as well as changes to the game's internal combat and damage system. The team has also taken on board the feedback given from the Naruto gaming community and has focused on the addition of more story based elements, rather than the traditional jump from fight to fight. The game is set to feature the largest number of fighters in the series history. The roster will include 106 fighters from the entire Naruto universe, including characters from The Last: Naruto the Movie and Boruto: Naruto the Movie, also making Storm 4 the second game in the series after Naruto: Ultimate Ninja 2 to feature characters from a Naruto movie, as well as the first such game to be released internationally, since the guest character Doto Kazahana is only featured in the Japanese release of Ultimate Ninja 2. The game was playable to the public for the first time at Gamescom 2015. In August 2015, it was announced that the game would be delayed until February 2016. The reason cited for the delay was to make the game more authentic and up-to-date.Kana-Boon sang the opening theme song with the title "spiral" (スパイラル spiral).

An expansion, titled Road to Boruto, which features elements from Boruto: Naruto the Movie, was released on February 3, 2017. The release of this expansion will mark the end of the franchise, as publisher Bandai Namco Entertainment decided to retire the series.

On June 2016, TV Tokyo announced the title sold over 1.5 million copies worldwide. On September 12, 2016, Bandai Namco Entertainment announced that Storm 4 had shipped 2 million units by that point. In November 2017, it was announced that combined shipments of both the original game, Road to Boruto and digital sales reached a total of 3 million units.

It has a score of 79/100 on Metacritic. GameSpot awarded it 7 out of 10, saying "Everything, from the visual touches to the character interactions in and out of battle to the voiceovers, is meant to make Naruto fans happy--though the fact that there’s a fun little fighting game underneath certainly helps." Destructoid awarded it a score of 8 out of 10, saying "It's an extravagant, over-the-top spectacle where you get to watch teenage ninjas blow up chunks of the planet using magic attacks, and that's pretty cool." IGN awarded it a score of 5.5 out of 10, saying "Naruto Shippuden: Ultimate Ninja Storm's strong combat is countered hard by poor AI and connection problems. IGN also cited the game's short campaign." Hardcore Gamer awarded it 3 out of 5 and said "Ultimate Ninja Storm 4 has solid controls and an outstanding roster of characters, but suffers from too many flaws to allow the average gamer to drop $60 right now." The Escapist awarded it 9 out of 10, saying "Naruto Shippuden Ultimate Ninja Storm 4 is solid, both in gameplay and narrative. It has been a long time since a fighting game has been this fun for me."