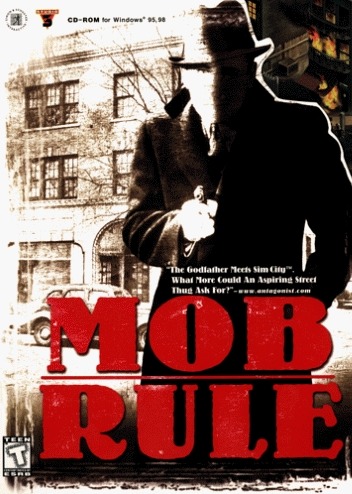 Mob Rule (also known as Constructor: Street Wars and Street Wars: Constructor Underworld) is a real-time strategy video game for PC released in 1999 by Simon & Schuster and Studio 3. It is the successor to the 1997 video game Constructor. The goal of the game is to construct buildings and fight enemy teams in a Mafia-themed background. It was re-released on GOG.com in 2010 for Windows and in 2013 for MacOS.

IGN reviewers gave Mob Rule a 5.2/10 rating, and the game has not been well-received across many audiences. The biggest complaints are that the UI is too hard to adapt to, and that the number of rules gets in the way of making the game an enjoyable experience.