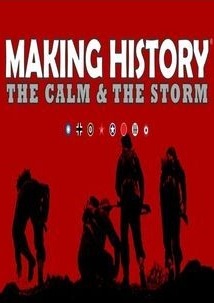 As of patch 2.03 players are able to play as any nation that had international recognition from 1936-1945, although players are encouraged to select from one of the more powerful entities of the era, namely Nationalist China, France, Nazi Germany, Fascist Italy, Imperial Japan, The United Kingdom, the United States or the Soviet Union.

The game has been successfully marketed by its developer as an educational tool, with the game described in a December 2007 Newsweek article as "already part of the World War II curriculum in more than 150 schools".

In Making History players control the nation of their choice through a period of World War II and the years preceding it, as defined by the scenario selected. Included with the game are scenarios which start in 1936, 1939, 1941 or 1944, each crafted to reflect the historical situation at that time, while players may design their own scenarios using the either included scenario editor or SQL programming.

Combat in Making History is resolved through a random number generator and the arbitrary chance to hit, inflict damage and absorb the damage of various unit types. The chance to hit value can be further Modified by supply level, technology, and terrain. Each unit involved in combat is given the chance to attack an opposition unit during each turn of combat.

Units are further broken down into land, air and sea classifications, and the chance for a specific unit to hit an enemy unit is different according to the unit type. A fourth classification of "city" is used to allow the game to simulate medium and heavy bomber raids of industrial infrastructure without the strategic bombers being excessively powerful against military units.

Many sea units possess the ability to absorb some hits without being destroyed and can be repaired in controlled port cities.

In-game diplomacy with allied non-player controlled (NPC) countries is generally fairly arbitrary, with each scenario programmable to offer the non-player controlled nations ("NPC"s) one or more war plans to select from at random at the start of the game. Each NPC war plan can be customized to be immediate or in-game event/date-driven; thus in the scenario The Limits of Peace an NPC-controlled Germany is almost certain to attack Czechoslovakia, the NPC USSR will attack Finland, NPC China will attack Communist China and NPC Japan will attack China regardless of any player actions.

Aside from the war plan each nation is programmed to implement the diplomatic system with NPC controlled entities does not lend itself to much use. Relations with NPC-controlled nations are not easy to influence in a positive manner at a meaningful rate and will often only offer or accept alliance propositions when fighting a mutual enemy or facing destruction.

The game has drawn some criticism on its allocation of the conquered territory when conquered by multiple allied forces, with the engine programmed to assign ownership to whichever force arrived first. For example, this can lead to Romania, Hungary or Bulgaria "conquering" and controlling large swathes of the USSR as allies of Germany, despite only contributing minor forces.

Making History features an economic management system that forces players to consider the economic cost of military buildups and waging war, as well as the diplomatic consequences on trade. The game includes a penalty system for controlling the production in regions with an assigned culture different from that of the controlling nation and the ability to liberate annexed countries (thus maximising this production under a new independent but allied entity).

Each region has a population, and from that population figure, the game creates a workforce, or Manpower Units (MPUs). MPUs are required to run factories, mines, oil fields, or to create new military units. Spare MPUs in each region are automatically assigned to food production, and regional food production is heavily influenced by the amount of labor available in the form of these MPUs.

Each region has food, fortifications and transport rating between 0 and 4, with 0 totally undeveloped and 4 fully developed. Improved food infrastructure increases food production, fortifications add air defenses and give defensive combat modifiers, and transport infrastructure improves mined / oil resource production and the movement speed of land forces passing through that region.

The game includes a basic technology tree, with some technologies requiring prerequisites be completed first. Base technology starts at a post World War I level and progresses through to Jet Fighters, "Advanced" units representing historical late / post World War II technology, nuclear weapons and ballistic missiles (such as the German V2).

Players can also develop "tactical" technologies (such as Manoeuver Warfare) which confer combat bonuses on attacking or defending land forces.

(0) Comments on "Making History: The Calm & The Storm Full Version"