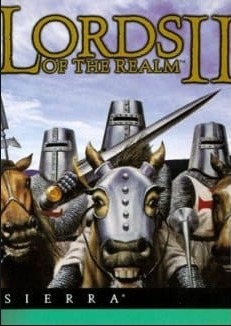 Download Lords of the Realm II Free for PC Torrent

The game takes place in a medieval setting, with rulers of several counties warring for the right to be king of the land. Players grow crops, accumulate resources, manufacture weapons, manage armies, build and lay siege to castles, capture provinces, and ultimately attempt to conquer their enemies.

Lords of the Realm II is very different from many medieval strategy games. There is no magic, and unlike many strategy games, it has no technology tree. Players need to carefully manage food (cows, dairy, grain), population, and happiness levels whilst avoiding Malthusian population meltdowns or other players invading their counties. The game is a combination of a turn-based resource management game, in which players grow crops, accumulate resources, manufacture weapons, manage armies, and build and lay siege to castles; and a real-time strategy game with players controlling units individually or in group formations in battles or during seiges.

Compared to the original, Lords of the Realm II features updated graphics and an improved management system.

Impressions Games general manager David Lester commented during development, "We wanted the game to be more multiplayer friendly, and one way to do that was by adding realtime combat. Besides, when you can bring a castle down by aiming a battering ram or a catapult at it in realtime, it's a lot more satisfying."

Lords of the Realm II went on to be the 19th-biggest computer game seller of 1998, with 245,324 in sales and $2.99 million in revenues. Its total sales ultimately reached 2.5 million copies worldwide.

Tim Soete of GameSpot called Lords of the Realm II "a challenging and entertaining experience for strategy enthusiasts." However, he opined that the game was overambitious in its real-time combat aspect, with troops that are difficult to maneuver and battlefields that tend to become overcrowded. A Next Generation critic found it "simply an outstanding upgrade and improvement over the already excellent original." He particularly emphasized the realistic economic model, such as the fact that building an army requires drafting peasants from the population, with a resultant drop in village morale, whereas in most such games armies are built from a separate and unlimited stock of potential soldiers. Like Soete, he saw problems in the combat, such as the enemy AI's ineptitude at siege warfare, but deemed them minor issues.

(0) Comments on "Lords of the Realm II Full Version"