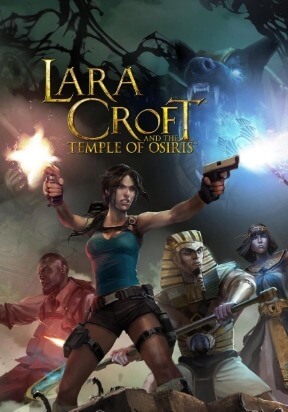 Lara Croft and the Temple of Osiris Download PC

Lara Croft and the Temple of Osiris is an action-adventure game developed by Crystal Dynamics and published by Square Enix for Windows, PlayStation 4 and Xbox One. It is the sequel to the 2010 video game Lara Croft and the Guardian of Light, and the second installment in Lara Croft spin-off series of the Tomb Raider franchise. The video game was announced at E3 2014 on 9 June. This game marks the last time English actress Keeley Hawes provides the voice for Lara Croft.

Like its predecessor, Lara Croft and the Guardian of Light , Lara Croft and the Temple of Osiris is a non-linear "arcade-inspired" action game with a fixed isometric camera, similar to Tomb Raider: The Prophecy for Game Boy Advance. It features cooperative gameplay, and up to four players can take control of one of four characters, Lara Croft, Carter, Isis or Horus. Each playable character possesses unique weapons and skills. As with some previous installments, Lara retains her dual pistols with infinite ammunition and a grappling hook, which she is able to use to cross gaps.

Deep in the deserts of Egypt Lara Croft joins forces with rival treasure hunter Carter Bell and imprisoned gods Isis and Horus, to defeat the evil deity Set. Lara and her companions battle the elements of nature through ancient tombs and they must recover the fragments of Osiris to stop Set from enslaving all humanity.

Crystal Dynamics began development on Temple of Osiris in 2013, following the release of Tomb Raider. Nixxes Software provided development support on the game; they had collaborated with Crystal Dynamics on previous Tomb Raider games. The studio completed development in November 2014. On 3 November 2014, Valve Corporation and Crystal Dynamics announced a contest for people to produce and submit promotional Tomb Raider themed content for the video game Team Fortress 2. The winning items were announced on 3 December 2014 and were implemented in Team Fortress 2 as rewards for people who pre-purchased Temple of Osiris. Contest winners received a selection of titles from Square Enix's catalogue on Steam.

The game launched on 9 December 2014. The studio released the game's original soundtrack as a free download. A limited Gold Edition of the game was available to purchase in retail; it included a 3-inch Lara figurine, art book, a map of the game's overworld, and a season pass for downloadable content (DLC). The game was released as part of PlayStation Plus free games in August 2015. The game was released as part of Microsoft Games with Gold free games in May 2017.

Prior to the game's launch, a season pass was announced which would include all future downloadable content for the game. On 13 January 2015, four downloadable content packs were released, three of which contained in-game items and character skins based on Tomb Raider: Legend, and the Deus Ex and Hitman franchises. These themed packs were previously available as bonuses for pre-ordering the game from specific retailers. The fourth content pack, titled Icy Death, added various in-game items, a tomb featuring new puzzles and enemies, and a Lara Croft character skin based on the 2013 Tomb Raider video game. On 2 February 2015, the Twisted Gears downloadable pack was released featuring a tomb, new in-game items, and a Lara Croft character skin based on the original Tomb Raider game.

Temple of Osiris received generally positive reviews from critics. The game received a nomination from the D.I.C.E. Awards for Outstanding Achievement in Original Music Composition.

Lara Croft and the Temple of Osiris System Requirements

Lara Croft and the Temple of Osiris.torrent
(Downloaded [597])
14 Kb

All games from the serie "Lara Croft"