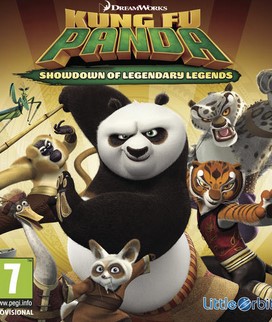 The game was removed from digital storefronts on January 1, 2019 due to the expiration of Little Orbit's Kung Fu Panda license.

Kung Fu Panda: Showdown of Legendary Legends is a 2.5D fighting game and features characters from all the three movies including the main protagonist Po, "Furious Five" and all the villains. The gameplay is somewhat similar to the Super Smash Bros series.

Kung Fu Panda: Showdown of Legendary Legends received mixed to average reviews from critics with Metacritic giving the Xbox One version 68 out of 100 based on 4 critics.