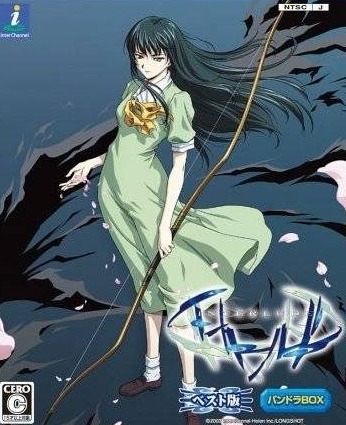 Interlude (インタールード Intārūdo) is an anime and visual novel by Longshot told in parallel novel style that follows the events around three women. Interlude was originally released for the Sega Dreamcast on March 13, 2003, a rare occurrence for visual novels, as most are released for Windows first. PlayStation 2 and Windows ports were later also released. The PS2 version received a 'The Best' budget price re-release on March 1, 2007.

The player assumes the role of an unnamed protagonist in the series. In the OVA, that character is voiced by Masakazu Morita in the Japanese dub, and by Marlowe Gardiner-Heslin in the English dub. The three main women are:

Aya Watsuji (和辻 綾 Watsuji Aya) (Voiced by: Houko Kuwashima (Japanese); Terri Hawkes (English)), a girl who is going insane. Aya is a skilled archer and lives alone in a town empty of people. Aya thinks that if she acts that if everything is normal, then everyone would return.

A three-episode OVA directed by Tatsuya Nagamine was produced and licensed by Toei Animation. It premiered in 2004 on SkyPerfecTV and was released on DVD in 2005. It was distributed in English speaking countries by Geneon Entertainment. A Japanese-audio English-subtitle version was made available for streaming free on Crunchyroll in April 2011.