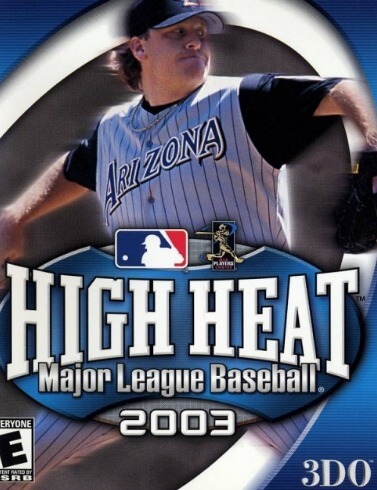 High Heat Major League Baseball 2003 was the second-to-last of a series of baseball computer games, released on PlayStation 2 and PC; a different game of the same name was released for the Game Boy Advance. The game, featuring the official licensed team and player names from all 30 MLB teams, was created by The 3DO Company, who later filed for bankruptcy in May 2003.

Game Informer magazine scored the PlayStation 2 version of the game 7.5 out of 10 upon its release.