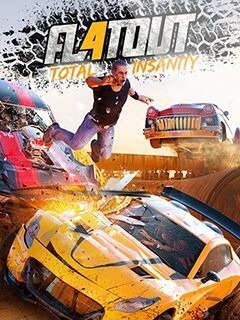 FlatOut 4: Total Insanity is a racing video game developed by Kylotonn. It is the fourth game in the FlatOut series.

FlatOut 4: Total Insanity was developed by French studio Kylotonn and published by Bigben Interactive. The game was released on the PlayStation 4 and Xbox One video game console on 17 March 2017. The Windows version was released on 4 April 2017.

All games from the serie "FlatOut"