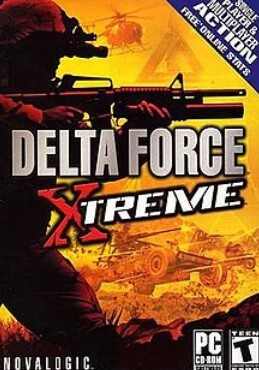 It is the seventh title (excluding console titles) of the series. As a budget title, it reuses levels from previous Delta Force titles.

The game is centered on three campaigns, focusing on preventing drug shipments in Peru, to eliminating terrorist threats in Chad and Novoya Zemlya.

Delta Force: Xtreme focuses on three campaigns from Delta Force: Peru, Chad, and Novaya Zemlya. The game's Single Player (unlike previous titles), introduces vehicular combat, but mostly on-foot combat to keep the balance. The game also features the "old style" scope that was present in the first four Delta Force titles. Gametypes (Deathmatch, Team Deathmatch, King of the Hill, etc.) from the original Delta Force have also been brought back.