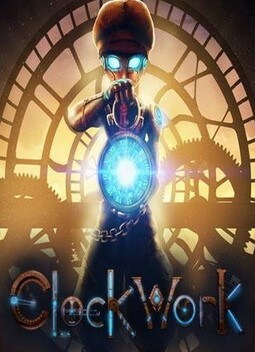 
Clockwork is a puzzle platformer video game developed and published by Sydney, Australia based video game studio Gamesoft. The game has a steampunk theme and is set in a city in a dystopian future.

Clockwork is set in the dystopian future city of Watchtower; As Atto you try to get by day to day, until he discovers his watch is inhabited by the spirit of a girl known as Milli. Atto decided to return Milli to her creator, and the two need to work together to get through the dangerous obstacles of Clocktower with Milli's Mysterious power to reverse time.

Gamesoft, a video game studio based in Parramatta, Sydney, Australia, began development of Clockwork in 2014. Vishal Gumber, the CEO of Gamesoft, said the game took two years to finish with a team of twenty five people.