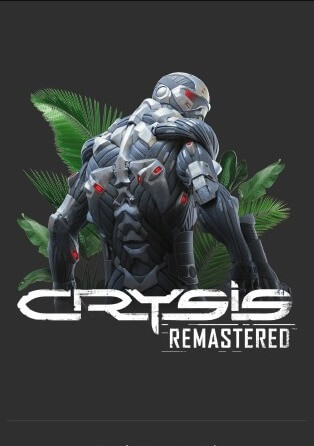 On April 16, 2020, Crytek announced that a remastered version of the game, titled Crysis Remastered would be released for the Xbox One, PlayStation 4, Nintendo Switch, and PC, featuring new graphical assets, effects, and software-based ray tracing. The remaster was originally intended for a simultaneous release on PlayStation 4, Nintendo Switch, Xbox One, and PC, and a trailer was scheduled for release on July 1, 2020.

However, in the days previous to the trailer's release, the trailer itself and several screenshots were leaked, and were poorly received by the public for failing to provide any marked improvement over the original game. For this reason, come July 1, Crytek announced that except for the Switch, they would be postponing the release of Crysis Remastered for all platforms "by a few weeks" to improve its visual quality in an attempt to meet the users' expectations.

The Switch version was announced on July 10 as coming out on July 23. On July 22, 2020, a tech analysis published by Digital Foundry, based on the Switch version, revealed that Remastered is not based on the original PC version of Crysis, but off the inferior Playstation 3/Xbox 360 adaptation. On August 21, 2020, a new tech trailer was released for Remastered, showcasing improved lighting, 8K textures, raytraced effects, and setting the game's release date for September 18, 2020.

The classic first person shooter from Crytek is back with the action-packed gameplay, sandbox world, and thrilling epic battles you loved the first time around – now with remastered graphics optimized for a new generation of hardware.

Suit up:  Your Nanosuit’s speed, strength, armor, and cloaking allow creative solutions for every kind of fight.

Adapt: In an ever-changing environment, adapt your tactics to dominate on battlefields ranging from frozen jungle to alien environments.

Customize:  A huge arsenal of modular weaponry provides unprecedented control over play style, with options ranging from the experimental to the alien.

Conquer:  Life-like enemy AI require a strategic and flexible playstyle, as new challenges – including a zero-g battlefield– require players to take the offensive and be proactive.

Explore: Choose your own path through the open world of Crysis, destroying obstacles, driving vehicles, and using the environment itself against your enemies.