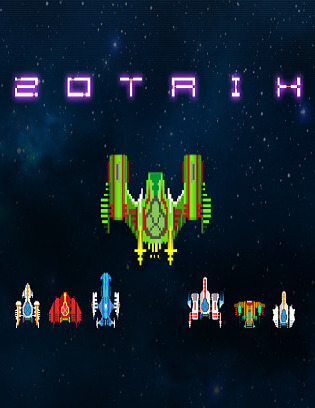 
Zotrix is a twin stick shooter video game developed by Zero Bit games and released on Windows in 2015 and on PlayStation 4 platform in 2016. A sequel, Zotrix 2 was announced in 2016, but never released as of 2019.

The game received mixed reviews upon release. Its PlayStation 4 version currently holds 56/100 on Metacritic based on 8 reviews. 4players.de gave it 76/100 stating "When it comes to dualstick shooters you don’t have to ask me twice. Nonetheless Zotrix isn’t love at first sight. But if you get used to the quirky arcady feel à la Galaga where positioning is as important as reflexes you might develop an interesting friendship.". PSNStores was less positive in its review stating "Some enjoyment can be found in Zotrix, if you can get past all of the technical issues that plague the game. However if that doesn’t ruin the experience, the menu interface sure will. It can ruin all enjoyment of the game." and gave it 40 out of 100.