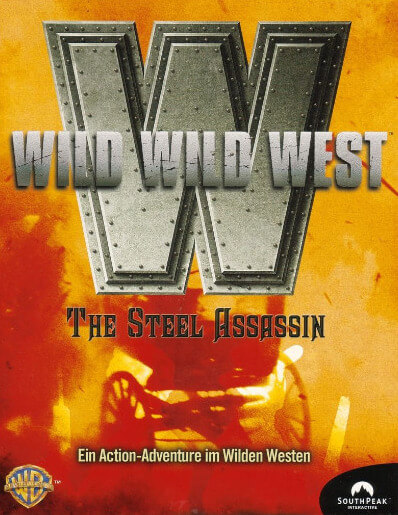 Wild Wild West: The Steel Assassin is an action-adventure video game published and developed by SouthPeak Interactive for Microsoft Windows. It is based on the 1999 film of the same name (which in turn is based on the 1960s TV series The Wild Wild West, whose episode "Night of the Steel Assassin" shares its name with the game). A PlayStation version of the game was planned, but was cancelled.

Five years after the assassination of Abraham Lincoln, the tension between the North and the South is rising again. President Ulysses S. Grant has received a death threat and it's up to U.S. Army Captain James "Jim" T. West and U.S. Marshal Artemus Gordon to save him.

The game sees the player as ether West or Gordon in a fully interactive 3D world where he interacts with the characters and objects via hotspots. Puzzles need to be completed in order to advance through the story.

Jim Preston reviewed the PC version of the game for Next Generation, rating it one star out of five, and stated that "Well, it is better than a rattlesnake in your boot."

The game received "mixed" reviews according to the review aggregation website GameRankings.