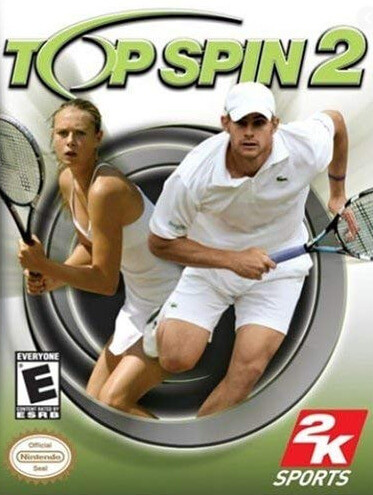 Top Spin 2 is a 2006 tennis video game developed by Indie Built, MENT, and Aspyr and originally published by 2K Sports and Superscape. It is the sequel to Top Spin and is followed by Top Spin 3.

The game received "mixed or average reviews" on all platforms except the Xbox 360 version, which received "generally favorable reviews", according to the review aggregation website Metacritic. In Japan, where the latter console version was ported for release on August 3, 2006, Famitsu gave it a score of 27 out of 40, while Famitsu Xbox 360 gave it a score of all four sevens for a total of 28 out of 40. Nintendo Power gave the DS version a mixed review, about two months before it was released. Edge gave the Xbox 360 version eight out of ten and said, "Developer PAM has reinvented a game that no longer strives to be a thinking man's alternative to Virtua Tennis, but something altogether superior." However, Computer Games Magazine gave the same console version three out of five and called it "the most complete tennis experience on any platform to date.