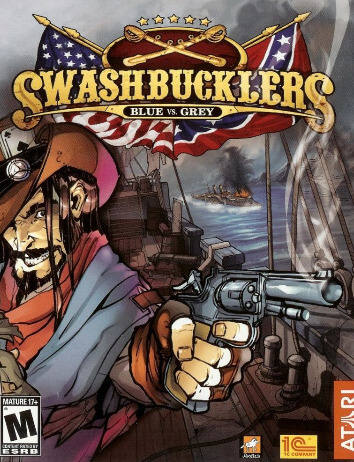 Swashbucklers: Blue vs. Grey is a 2007 Russian RPG video game developed by Russian company TM Studios with Akella and published by Atari /1C Company for Windows and PlayStation 2.

Worthplaying fet the box cover art was more exciting than the game itself. Gamezone said the graphics looked three years old. Game Revoluion was let down by the game's unimpressive presentation. Gamesradar felt the gameplay was repetitive. IGN felt it was simply not a good game. Gamespot thought it was an inferior copy of Sid Meier's Pirates.

The game has a Metacritic score of 45% based on 16 critic reviews.