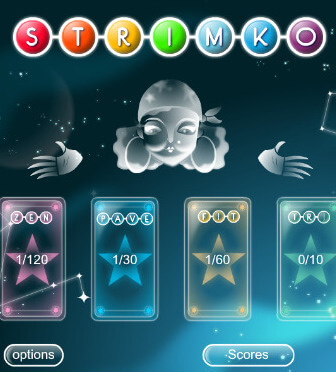 Strimko™ is a logic number puzzle invented by The Grabarchuk Family in 2008. It is based on the idea of Latin squares described by a Swiss mathematician and physicist Leonhard Euler (1707-1783) in the 18th century.

All Strimko puzzles are solvable with a pure logic; no special knowledge is required. Strimko uses only three basic elements: rows, columns, and streams. All elements have equal numbers of cells, and the goal is to make each row, column, and stream containing the whole set of specified numbers. Cells in the grid are organized into several streams of equal length, which often run diagonally and even branching. Such mechanics creates entangled patterns resulting in interesting challenges and unusual logic.

The goal of the game is to fully fill in the given grid (3x3, 4x4, 5x5 ...) with missing numbers observing three simple rules.