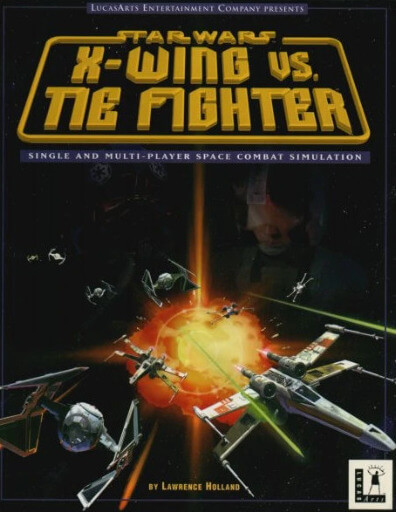 Star Wars: X-Wing vs. TIE Fighter is the third installment of the X-Wing series.

Featuring several technical advancements over the original releases of its predecessors, X-Wing vs. TIE Fighter runs on Windows, requires a joystick, features a CD audio soundtrack, supports high-resolution graphics, and brings texture mapping to the ship models of the in-flight game engine. It includes robust multiplayer options for up to eight players in free-for-all, team-based, and cooperative play modes, and has a sophisticated pilot and mission selection system that tracks the player's points and awards. In addition to selecting what craft he or she will fly, the player can choose their squadron (and thus role in combat) for each mission.

It is the only part of the series designed for multiplayer and/or personal practice only, lacking a storyline. Totally Games later released an expansion called Balance of Power which added a storyline.

Apart from new battles and missions, Balance of Power features a Rebel and an Imperial campaign of 15 missions each. The campaigns supported 8-player cooperative play. Both campaigns revolve around the same series of events, but with alternate endings.

"Spreading the Rebellion" — Features the evacuation of a base, an attack against the Empire, and the capture of an Imperial Interdictor Cruiser. The campaign ends with an assault on the Super Star Destroyer Vengeance.

"Imperial Task Force Vengeance" — The player flies as a member of the elite Avenger squadron under the leadership of Admiral Senn. The missions are similar to those from the Rebel campaign. The campaign ends with the destruction of a Rebel factory.

The pack also adds B-wings as a pilot-able craft, along with other vessels that are lacking from the original game.

X-wing vs. TIE Fighter involved huge technical challenges to deliver a satisfactory multiplayer experience. In contrast with most popular multiplayer shooters such as Doom and Descent, it required far more data tracking and flow. This was due to the typical FPS taking place in a closed environment of rooms and corridors where players have little knowledge about other players' status or whereabouts unless they are looking directly at them. The deep space setting of X-wing vs. TIE Fighter, along with the conventions established in earlier titles, required information about all craft be available to all players all of the time.

Lead tester and mission designer David Wessman took responsibility for the decision to avoid implementing a single-player storyline. "I am primarily to blame for the lack of story in X-Wing vs. TIE Fighter because I convinced myself and everyone else that we didn't really need it."

Next Generation awarded X-wing vs. TIE Figher a score of 3 out of 5 stars, "In the end, X-Wing vs. TIE Fighter is a good time, especially over a LAN with a bunch of friends, but it's not what it could have, and perhaps should have, been."