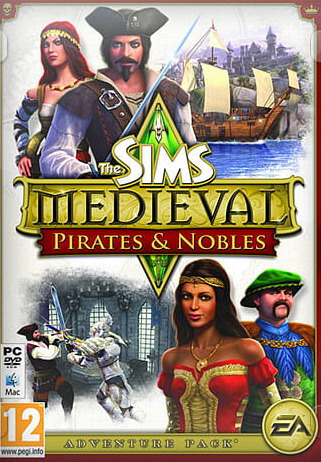 The Sims Medieval: Pirates and Nobles is a 2011 video game developed by Maxis & published by Electronic Arts. It is an expansion pack (called "adventure pack" for this game) for The Sims Medieval on Microsoft Windows and Mac OS X. The game was released in North America on August 30, 2011 and in PAL region on September 2, 2011

The expansion pack features a new kingdom ambition, new traits and legendary traits, new clothes, over 140 new objects (including an interrogation chair), new quests, and new social interactions. There are also a new treasure-hunting mechanic with maps, shovels, treasures, and dangers. The pack also introduces pets, new NPC pirates and a new creature, baby pit beast, which is a new cause for sims' death.

Besides the regular edition, there is also a bundle featuring the base game called The Sims Medieval Deluxe.

The Sims 4: Get Together
hit
upd
new

(0) Comments on "The Sims Medieval: Pirates and Nobles Full Version"