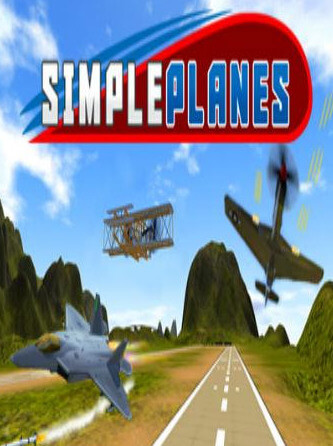 SimplePlanes is a simulation video game developed and published by American indie studio Jundroo LLC. SimplePlanes followed the release of SimplePhysics and SimpleRockets and before Simplerockets 2. The game was first released on Mac OS X and Microsoft Windows and was ported to iOS and Android later. It was released onto Steam on the 17th of December 2015 after going through the Steam Greenlight process. The game received mixed reviews from critics, with the main downfalls mentioned the most being the “slippery controls” and the graphical design.

In SimplePlanes the player is given the freedom of building anything they want to create using the materials and objects provided. Planes (or other creations) created by the community can also be downloaded from the SimplePlanes.com website. When the creation or build is finished, the player can fly/drive/sail it around the map which contains 5 different islands with unique features, (4 on IOS or Android) and/or upload it to the SimplePlanes website. The game also gives players the ability to build cars, boats, trains and mechanical objects. SimplePlanes contains challenges which the player can do. The challenges involve short tutorial-type activities (such as the "take-off tutorial" and the "landing tutorial") but can get more advanced with missions (such as "SAM Evasion" (a 4 stage level which gets increasingly difficult) and "Trench Run" (a race through a canyon-like area on the game map) There are also weapons (bombs, wing guns and mini guns, missiles, rockets and torpedoes) in the game for the player to use on their creations.

Following the release of popular games SimpleRockets and SimplePhysics, Jundroo LLC released SimplePlanes on Windows and Mac OSX. Soon after it was ported to iOS and Android. The Windows and OSX versions were first sold on Gumroad but when SimplePlanes was released onto Valve's Steam on 17 December 2015 after going through the Steam Greenlight process, all sales were moved there. All purchasers from Gumroad received a free Steam key. Mac copies were also sold via the Mac App Store. The people who purchased the game through this method had to email the receipt to get the Steam key.

SimplePlanes received "mixed or average" reviews, according to Metacritic, where it garnered a score of 67/100. The biggest issue critics had was the process of building. Nadia Oxford, a writer for Gamezebo gave SimplePlanes a 4/5 for its realistic flight challenges, sandbox mode and the amount of building options. The review was weighed down by the lack of tutorials and how "getting pieces to fit together doesn't always go as planned". Jordan Minor from 148Apps criticised the game for its "slippery controls" and he noted the environment was "ugly, muddy and blocky". He compared the graphics to "a poor man's Wii Sports resort" and said the planes looked like small wooden toys with the best compliment he could give the game being "who knows if the aerodynamic knowledge players learn from SimplePlanes can actually transfer over into the real world? But, gameplay and visual gripes aside, the fact that it at least feels like it can is probably the best compliment this game can get". Ben Schwan, a writer for the German website Heise Online also criticised the building mechanics. Mark Steighner, a writer for Hardcore Gamer did not criticise the controls but instead commented on the lack of charisma that games like Kerbal Space Program have. He also addressed the novelty issue and how after a while the game can get boring.