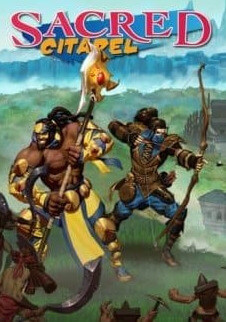 
Sacred Citadel is a side scrolling action brawler video game in the Sacred series. It was released on April 17, 2013, and takes place before the 2014 sequel Sacred 3. It was developed by Southend Interactive and published by Deep Silver for Xbox Live Arcade, PlayStation Network, and Microsoft Windows.