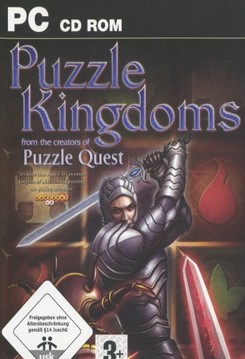 Puzzle Kingdoms is a puzzle video game developed by Infinite Interactive for PC, Nintendo DS and Wii. The PC version is available to download online through services such as IGN's Direct2Drive and Steam.