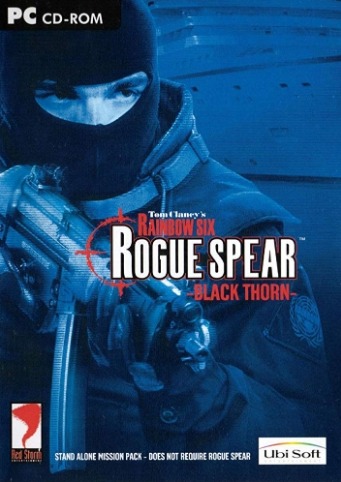 Rogue Spear: Black Thorn was developed by Red Storm Entertainment, published by Ubisoft, and released as a stand-alone add-on on December 15, 2001, featuring new singleplayer and multiplayer maps, along with new weapons and a new multiplayer game mode. The singleplayer plot features a mentally disturbed ex-SAS operative challenging Team Rainbow with reenactments of real-life terrorist attacks, such as the Entebbe Operation and the Japanese embassy hostage crisis.