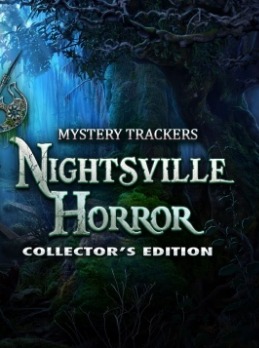 Mystery Trackers: Nightsville Horror is the eighth game in the series. This game was released on March 26, 2015 as a Collector's Edition on Big Fish Games. A young boy named Oliver has been kidnapped, and the scared citizens of Willowsville are blaming the Owl Man from their rival town, Nightsville.

Long thought to be a made-up story to scare the kids, the Owl Man seems to be real… and he's coming for you… There are loads of exciting new elements in this game, from interactive deduction dialogues to a special Foresight Mode. Your old pal, Elf, is back on the scene, too!