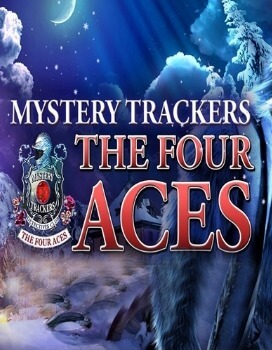 Mystery Trackers: The Four Aces is the fourth game in the series. It was announced on Elephant Games's Facebook page on May 23, 2012, along with a screenshot. The entire town of Brightfield was evacuated after a series of bizarre animal attacks.

Now, strange creatures roam the streets, danger lurks around every corner and you’ve just landed smack in the middle of it all. As you begin to investigate, you discover that the attacks may have been part of a whole series of crimes committed in town, all tracing back to an organization called the Four Aces. But just who are the Aces and what is their plan?