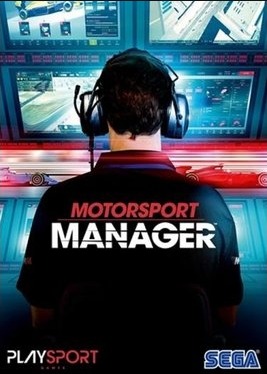 Motorsport Manager is a racing management-simulation strategy video game developed by British video game developer, Playsport Games. The game was released on iOS in August 2014 and Android in 2015. A desktop version of the game was published by Sega on macOS, Microsoft Windows and Linux operating systems in November 2016.

The game has received regular updates and patches, including downloadable content on the PC versions, since release. The latest iteration of the game on the PC version was released on 1 November 2017.

Largely similar to the mobile version of the game, the player has the option to either create their own racing team or has the additional option to join a fictional motorsport racing team.

Motorsport Manager was originally released on mobile for iOS on 21 August 2014. Following considerable success both critically and commercially upon release, the game was released on Android in 2015. The subsequent macOS, Microsoft Windows and Linux desktop versions were published by Sega, following their financial backing of developer Playsport Games, and were released on 9 November 2016 and 23 November 2016 respectively. The desktop versions of the game significantly expanded upon the gameplay mechanics of the mobile version, alleviating the previous hardware constraints put forward by mobile devices, which allowed for a more in-depth gameplay experience with enhanced graphical fidelity, relative to mobile versions of the game.

Websites that early-tested the game gave it very positive reviews.

On May 2016, PC Gamer's Sean Clever wrote: "It’s a niche subgenre, and one I didn’t expect to see outside of an FIA licence, but this seems like a decent first effort to put racing management games back on the grid."

On August 2016, IGN's Luke Reilly stated: "It’s an incredibly nuanced experience and, while it’s initially rather intimidating, Motorsport Manager has successfully got its tentacles around me after several sessions with an early version of the game. (...) I also like the pressure of race day and the genuinely stressful situations that can arise."

The game received positive reviews also after the release.

Eurogamer.net's Martin Robinson reports the lack of the ability to save or copy racing set-ups, and writes: "Such an approachable veneer disguises an otherwise complex, sometimes cruel and a little too often abstruse experience. Managing the strategies of two cars - and micromanaging each driver to boot - can prove to be a taxing task, and while it's satisfying to execute the perfect strategy there aren't quite enough tools at your disposal to balance out the frustration that often accompanies raceday. The feedback you're given by drivers is a little too obscure, the ability to read lap times and deltas a little too sparse to make chasing the perfect set-up anything other than a dark art. (...) Motorsport Manager's a couple of tweaks away from greatness, then, but it's far from a disappointment."

On GameStar, Benjamin Danneberg says: "Motorsport Manager is not a hardcore management game, where I have to put every screw correctly. Instead, the game is a healthy way of strategy and fun."

Motorsport.com's Valentin Khorounzhiy writes: "Motorsport Manager is a great game on its own merit and a roaring success for a subgenre that seems to be waking up from a long hiatus. Its price tag may seem steep to some, but it's got enough content and variety to justify it. (...) There's potential for improvement, yes, but Playsport has done an admirable job with the first installment – and it will hopefully move enough copies to justify many, many follow-ups."

James Swinbanks of PC PowerPlay writes: "There is always something going on behind the scenes in Motorsport Manager, and it always adds to the experience. I never felt cheated, even when things didn’t go my way. (...) It’s not perfect; a few setup quirks, like increasing rear wing angle adding understeer, don’t make any sense and had me scratching my head trying to work out why they might design it that way. But in the grand scheme of things, Motorsport Manager does what I want it to do. It puts me on the pit wall, in the thick of it." The website gave a score of 8/10.