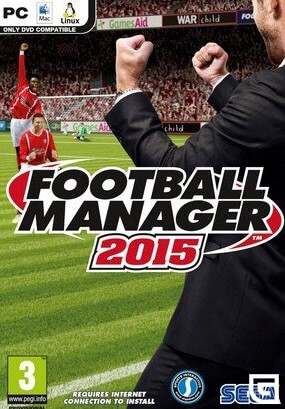 Football Manager 2015 (abbreviated to FM15) is a football management simulation video game developed by Sports Interactive and published by Sega. It was released on Microsoft Windows, OS X, and Linux platforms on 7 November 2014, and on iOS and Android platforms on 20 November 2014.

FM15 features similar gameplay to that of the Football Manager series. Gameplay consists of taking charge of a professionala association football team, as the team manager. Players can sign football players to contracts, manage finances for the club, and give team talks to players. FM15 is a simulation of real world management, with the player being judged on various factors by the club's AI owners and board.

The game offers a variety of new features such as being the first game of the franchise to include Twitch integration so people can stream their game online. There has been an overhaul in the match engine, adding 2000 new animations into the game, improved ball physics and improved shots, passes, long balls etc. The player models have also been updated adding new realism into the game along with a brand new lighting model. FM15 featured a complete redesign of the game's interface, introducing a new sidebar giving a new look on Football Manager 2015.

FM15 received "generally favourable reviews" according to media review aggregator website Metacritic. Critics was mostly positive, claiming that is an improvement of its predecessor, but criticise the game's new match engine, stating there are more defensive blunders than Football Manager 2014. However, there were problems faced by many people that reduced the quality of the gameplay which even until now, still has not been improved.

One of the most common algorithmic problem faced by people is the demand of first team players for first team chances. Some players whined about their first team appearance to be very limited even though he just signed for the team and the season just began. One example of the problem is: By mid of September, a new player that was signed asked for first team chances, even though we—the managers, knows that there are still many matches to be played yet. This algorithmic programming is a stumbling block for most customers to the point, they have to either comply or sell that particular player(s).