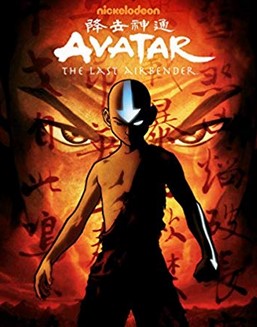 The game was a launch title for the Wii in Western territories.

The Avatar: The Last Airbender video game allows the player to control one of four characters – Aang, Katara, Haru, or Sokka – in a single-player adventure. Each character uses his or her own trademark weapon and fighting style, and is able to earn new special abilities through experience gained from defeating enemies. A variety of items can help the player with quests, or during battle (armor, chi, enchanted accessories, and healing potions). The game also enables the player to collect certain resources and bring them to artisans to make special items. Enemies include classic Firebenders, machines, and a variety of animals from the show, mainly the first book.

The console versions of the game were developed by THQ Studio Australia.

Aang is the fun-loving, 112-year-old protagonist of the video game, he was frozen in an iceberg for a century. He is the current incarnation of the Avatar, the spirit of the planet manifested in human form. As the Avatar, Aang must master all four elements to bring peace to the world and restore the balance between the four nations. Aiding him is the 14-year-old Katara, the sole remaining Waterbender of the Southern Water Tribe, and her brother Sokka, a 15-year-old warrior of the Southern Water Tribe. Haru is a young Earthbender who helps the gang in their mission to save a missing friend. Many characters from the show appear on this game such as Prince Zuko, who has a minor role in the game, only appearing in cutscenes; King Bumi, who appears in the fourth level.

While training in the North Pole, Aang and Katara hear reports of a waterbender, Hiryu, going missing, which they investigate. They arrive at the Water Tribe as a Fire Nation ship attacks, led by Prince Zuko. They are able to fend off the attackers, but Katara is captured during the battle. Aang and Sokka follow the ship, but are slowed by a Firebending machine.

They follow the ship to an Earth Kingdom port. They slip into the jail and free Katara, who informs them of another prisoner named Lian the Maker, who is being forced to make machines for the Fire Nation. When they arrive at Lian’s cell, they find it empty, except for a map to an Earth Kingdom village.

They find the village under attack by machines. After fending off the machines, picking up Haru and being informed that one of his earthbending friends Yuan was kidnapped, they travel to the library of Omashu for clues to where the machines might originate from. The information from the library leads them to an uncharted island.

On the island, they find Lian, making more machines. She fears that Aang will not be able to master all four elements before Sozin’s comet arrives. Aang refused her help, seeing as how the machines were disrupting villages. Lian then voiced her contempt for him as she sends a machine to fight them to flee to the Air temple, attempting to destroy the Avatar statues. They stop Lian, but Katara, Sokka, and Haru are captured by another machine.

Aang pursues Lian and the machine to a fortress. After Aang rescues his friends, they find Zuko, also captured by a machine. Upon rescuing him, Zuko attacks the group. At the end of the resulting fight, Zuko is knocked over a cliff and swept over a waterfall.

The four enter the fortress, where they find Lian, where she finished a machine being manned by the missing waterbender Hiryu, Haru's friend Yuan and a nameless firebender. Lian tries to attach Aang to the machine, but he battles it instead. During the fight, Katara is struck down, causing Aang to enter the Avatar State and destroy the machine once and for all, burying Lian under its rubble, killing her (though she survives in the portable versions of the game.)

As the four leave the fortress, Zuko is seen crawling up on the shoreline, grumbling angrily.