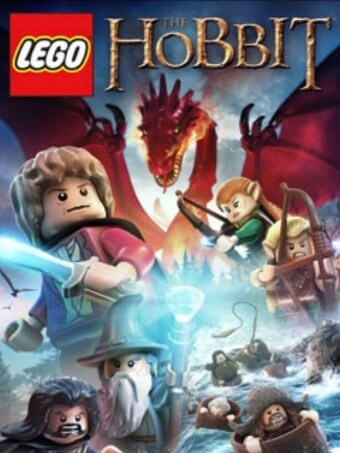 Lego The Hobbit is a Lego-themed action-adventure video game developed by Traveller's Tales. The game was released by Warner Bros. Interactive Entertainment on 8 April 2014 in North America, and 11 April in Europe. The game is a follow-up to Lego The Lord of the Rings based on the first two Hobbit films; An Unexpected Journey and The Desolation of Smaug. It was released on PlayStation 3, PlayStation 4, PlayStation Vita, Xbox 360, Xbox One, Wii U, Nintendo 3DS, OS X and Microsoft Windows.

On 1 January 2019, all digital sales of the game were halted. This was confirmed a few days later by publisher Warner Bros. Interactive.

The game shows several features from the previous games, including a feature where the user should locate specific materials to build a big Lego object. When the user selects and input the correct materials a screen is displayed where the Lego machine is built and the player should select the correct pieces in exchange for studs.

Also the characters have different actions to perform, making the Dwarf Company a group with different capabilities during the mission, including someone with archery abilities, another that uses a big hammer that can move big objects, another with the ability to extract minerals from stones, and so on. Bilbo improves his abilities as the game advances: when he gains Sting he has the ability to be a more skilled fighter; and when he gets the One Ring he can disappear and build invisible Lego structures.

The game, similar to the latest Lego video games, is composed on a big map, rather than a single hub. The player can move among different events where different characters ask the player to retain a specific material from a mission or to exchange materials.

Much like its predecessors, the game presents storylines from The Hobbit films: An Unexpected Journey and Desolation of Smaug. However, the developers modified the storylines to fit the events into a number of game chapters per film, as well as adding the humour the series has become known for.

The game received mixed to positive reviews. The critics praised the game's visuals and humor based on Peter Jackson's Hobbit trilogy but criticized the disjointed story, sameness of characters and the ending.