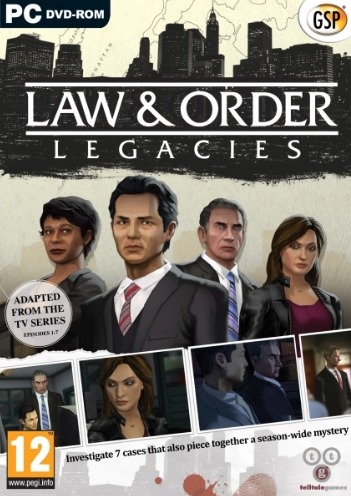 It was released in seven episodes, with the first two episodes released simultaneously on iOS on December 22, 2011. The remaining five episodes, as well as versions for Windows and Mac OS X, were released in the spring of 2012. Like the previous three Law & Order games, this is a graphic adventure game that mirrors the TV series in having both police procedural and courtroom portions to the game play. The game was withdrawn from sale on digital platforms after Telltale Games chose not to renew their digital distribution agreement with license holders.

Law and Order: Legacies is composed of seven episodes, released over the course of four months.

Law & Order: Legacies received mixed to negative reviews from critics upon release. On Metacritic, the game holds a score of 53/100 for the PC version based on 10 reviews, indicating "mixed or average reviews".

All games from the serie "Law & Order"