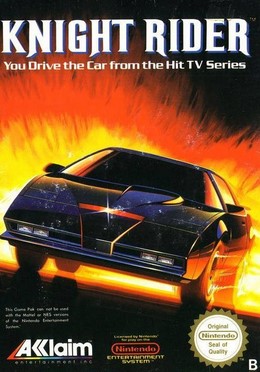 Knight Rider: The Game is a video game developed by Davilex Games based on the original television series of the same name.

The game was released in Europe on PlayStation 2 and PC on November 22, 2002 and in North America on the PC on February 12, 2003. The game allows the player to take control of KITT - the Knight Industries Two Thousand, in a range of missions including, racing, exploring, chasing and others. The player will also meet famous villains from the original series, including KARR and Garthe Knight.

A sequel was also produced, named Knight Rider: The Game 2, which was again developed by Davilex Games and was published by Koch Media November 5, 2004 for PC and PlayStation 2.