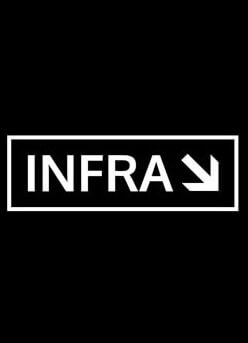 The gameplay primarily consists of exploring the environment and documenting damage and faults to the structures. During this exploration the player will come across puzzles and potentially lethal situations (such as rockfalls and electrified water), many of these puzzles are optional and can be bypassed at the cost of missing photo opportunities.

Infra is set in the fictional city of Stalburg, somewhere in the vicinity of the Baltic Sea, which recently emerged from a corruption scandal. The player is a structural engineer inspecting crumbling infrastructure across the city. To complete the game, the player must solve many mechanical and electrical puzzles and make a choice to either save one's life or the city.

The developers started developing the game after watching the 2009 documentary The Crumbling of America. The game was later Greenlit on Steam.