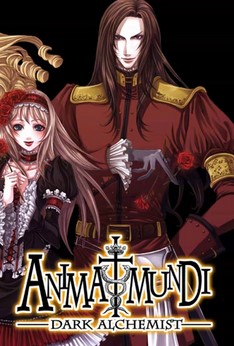 Many years have passed since Count Georik Zaberisk, once famed as the brilliant Royal Physician serving the King of Hardland, relinquished his title and moved to the country to care for his frail sister, Lillith. The King offers Georik a new position as doctor in the capital, to which he agrees. During his absence, the villagers suspect his sister of witchcraft and as a result, an angry mob storms the Zaberisk manor and Lillith is burned and beheaded. Devastated by this turn of events, Georik is overcome with grief until he discovers Lillith's severed head still lives. Once settled in the city, Georik turns to alchemy, forbidden in the kingdom of Hardland, to restore his sister's body. Now treading a dark, dangerous path, Georik's research may lead him to uncover horrific truths about the Kingdom, his colleagues, and himself.

Animamundi did not attract much attention in the mainstream gaming press due to its limited distribution. The game was positively received among indie gaming websites focused primarily on visual novels, but many fans criticized the North American release for editing or omitting in-game graphics that featured gore or soft yaoi. In response, Hirameki released limited copies of the Japanese official game book. Another source of criticism was a text error that would be activated by clicking a particular series of events in a specific order.

In its review, GrrlGamer.com noted the "beautiful artwork, great musical score composed of symphony and chorus, and superb voice acting," as well as the elaborate story line and dialogue. The review also complimented the English language adaptation, noting that "aside from a couple of minor typos here and there... Hirameki has truly done an outstanding professional job in this title." GamerGirlsUnite.com gave the novel an 85% rating, praised the voice acting with particular notice given to Yui Horie's performance as Lillith, and concluded that "... if you want to explore a new gaming genre, you're fond of reading stories and not afraid of getting into a gothic horror adventure, this is the game you need to experience. You won't regret it!