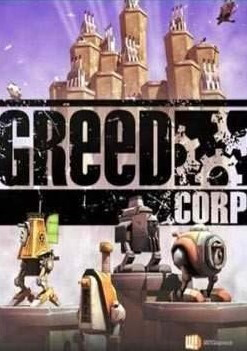 Greed Corp is a turn-based strategy video game developed by W!Games. It was released on February 24, 2010 for Xbox Live Arcade and February 25, 2010 for the PlayStation Network. It is also available for purchase via Steam. It was released for the Mac App Store for iOS and OS X. on November 2, 2011. Linux and Android versions released as part of a Humble Bundle on October 15, 2013.

Greed Corp is a turn-based game involving strategic battles on a map featuring a land collapsing mechanic. Players choose one of four factions (Freemen, Pirates, Cartel, Empire) in matches of around 20 minutes. The game also features a single player campaign for each faction.

Players gain credits at the start of their turn and through harvesting layers of land. Built harvesters will slowly destroy the tile they are on and in the area around them. When players harvest too much, the playing field starts to crumble, making depleted tiles collapse. Tactics involve understanding the offensive value of a harvester as well, using it as a weapon and strategically causing destruction to both opponent and playing field.

Credits may be spent on: