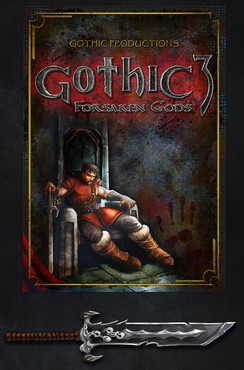 Gameplay in Forsaken Gods is like in Gothic 3, with some small differences. The fight system has changed, now being based on Endurance. The gameplay area in Forsaken Gods has been restrained from the 3 parts in Gothic 3, to just one part - Myrtana. The main plot is concentrated only in this area.

After awakening from a coma which, presumably, was induced by the first game, the nameless hero must find a way to unite the continent, as it has been divided by numerous factions, many of which are aided or led by the Nameless Hero's former companions. Through his own means, the Hero must reunite Myrtana as to finally restore the land to peace and prosperity.

All games from the serie "Gothic"