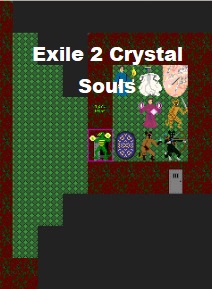 
The second Exile game follows directly from the first, released in November 1996. The Empire has begun to recognise the threat the Exiles pose and begin sending their army down into Exile in huge numbers. To make matters worse, unknown barriers of energy are sprouting up around the world – sometimes aiding the Exiles, sometimes helping the Empire who can afford the losses much more easily than the Exiles.

A new party of characters meets one of the creatures causing the barriers sprouting up in Exile and go to meet with the unknown race to negotiate. In the end, the party is more successful - and the Vahnatai join with the Exiles to drive out the Empire. With the support of the Vahnatai the Exiles turn the tables on the Empire and successfully repulse their invasion.

All games from the serie "Exile"