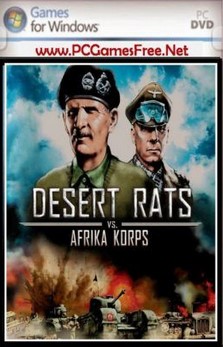 Desert Rats vs. Afrika Korps is a real-time tactics game that is based on the North African campaign of World War II. The single player missions are playable as the German Afrika Korps or the British Desert Rats. There is also an option for online multiplayer.