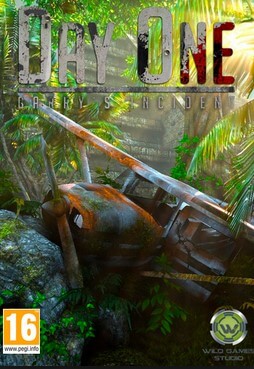 Day One: Garry's Incident is a PC survival game developed and published by Wild Games Studio in Mascouche, Québec, Canada and released on 25 September 2013. The game received primarily negative reviews from critics. After a negative critique of the game was published on YouTube, Wild Games Studio had the video taken down using the site's automated copyright complaints system. The reviewer claimed that the copyright complaint was part of a deliberate attempt to censor online criticisms. After receiving negative attention for their copyright complaint, the game's developers apologized and withdrew the complaint. The developers were also accused of astroturfing online reviews on Metacritic.

The protagonist in Day One: Garry's Incident is Garry Friedman, a middle-aged British pilot. In the game, Garry's wife and daughter were recently killed in an accident. Depressed by the death of his family members, Garry begins drinking heavily and accepting dangerous assignments. While he is transporting cargo for a research facility in Yellowstone National Park, Yellowstone Caldera erupts, causing him to lose control of the plane. An artifact in the cargo causes him to be transported to the Amazon Rainforest, where he discovers an ancient civilization and struggles to survive.

On 1 October 201 John Bain, a video game critic known online as TotalBiscuit, The Cynical Brit, published a critical review of Day One: Garry's Incident on YouTube, saying that the game was "horrendous". The game's developer, Wild Games Studio, alleged that Bain had violated its copyrights. The company argued that Bain should not have been able to earn advertising revenue from a video based largely on gameplay footage from their copyrighted work. They filed a copyright infringement complaint through YouTube and the video was removed through its automated takedown system.

This led to allegations that the company was abusing YouTube's copyright system in a deliberate attempt to censor online criticisms. Steam users and professional reviewers pointed out that nearly all online video game reviews are funded by advertising and feature game content. Critics also noted that no other online reviews of the game were given similar notices. It was also pointed out that many Steam users had similar criticisms towards the game's quality. Bain later published a response video, which reached two million viewers within three days, where he alleged Wild Games Studio was abusing copyright laws to censor his criticisms. He also alleged the company manipulated their Kickstarter campaign to make it seem that it had more support than it did by having the CEO of the company pledge $10,000 upfront, and having others pledge high amounts and withdraw them later.

According to TechDirt, the incident was an example of the Streisand effect, whereby attempts to censor criticism only draws more attention to it. In response to objections to its tactics in online communities, Wild Games Studio apologized and withdrew their copyright complaint.