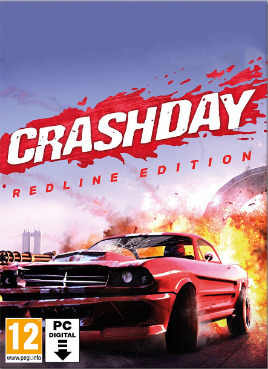 Crashday is a destruction derby/racing/car stunts game co-developed by Replay Studios, Moonbyte Games and published by Atari. It was released in February 2006.

The game has seven modes to play along the campaign and multiplayer such as Wrecking Match, Stunt Show or Race, as well as unique Crashday classics like Hold The Flag, Pass The Bomb or Bomb Run.

On June 24, 2016, Crashday was posted on Steam Greenlight submissions. Crashday was successful in receiving enough votes to be greenlit, and was later announced to be re-released on August 10, 2017. On March 11, 2017, the Steam version has been renamed to "Crashday: Redline Edition", with some screenshots showing the new UI and the improved graphics. It later was released on August 10, 2017.