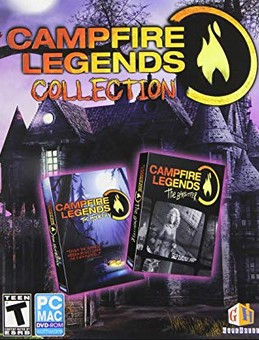 The story of the game is based on that of the urban legend of The Hook, told by a group of girls telling scary stories around a campfire.

As they tell the story of The Hookman, the player takes the role of Christine, a young woman who has a romantic getaway planned for her and her boyfriend Patrick. When she arrives at the cabin of her parents, she finds out the lights are out. After fixing window shutters and replacing fuses, she finds the whole house has been ransacked. She hears on the radio news that an assassin known as the Hookman has escaped, and calls the police to report the break-in at her parent's cabin. The policeman is rude and tells her it will take a few hours to get to her. When her boyfriend Patrick arrives, he dismisses her fears about the serial killer, and drives the two of them into the forest for a romantic campfire. Patrick disappears to get firewood and cocoa. While he is gone, someone damages the car. She sets out to repair it and search for Patrick. She discovers that her father and a fellow scientist (who lost his family in tragic accidents) were working on a formula that regenerates dead tissue. Christine frees the trapped spirits of his family members, but he appears and tries to kill her.