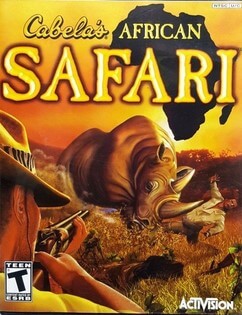 In which a player can track and stalk a variety of animals on a safari over six and seven African countries. Animals include leopards, elephants, rhinoceroses, cheetahs, cape buffalo, lions, hippopotamus, crocodiles and many others.

The game was published by Activision Value, in conjunction with hunting supply company Cabela's. It was the second Cabela's game to be released on the Xbox 360 and third on the PSP.

Xbox Achievements thought the game was decent but didn't try to push the genre or the series in any meaningful way. IGN felt that the PC and PS2 versions were better than the Xbox 360 version which was severely lacking.