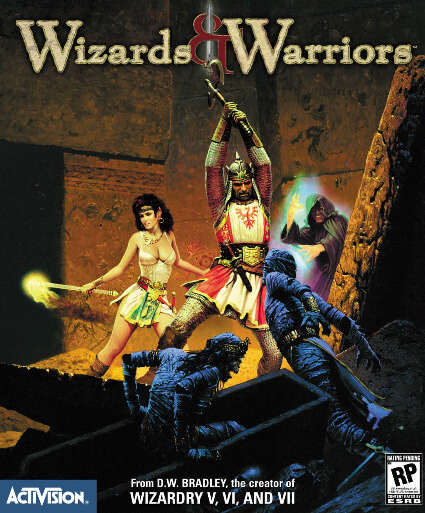 Gameplay is similar in style to Bradley's earlier Wizardry games. Players control a party of characters through a first-person perspective and fight turn-based combats. Outside of combat, the game is real-time. Characters can join guilds that give exclusive quests, and each character maintains their own individual quest log. Guilds also allow characters to switch classes. Characters can switch classes as many times as they like but can not return to a class once they change from it.

Development began in 1996 and lasted four years. Bradley initially reported the game would have a system that allowed players to choose between real-time and turn-based combat, though this was later abandoned. Competitive multiplayer was also planned based on the guild system, though this, too, was removed.

Metacritic, a review aggregator, rated the game 70/100 based on 23 reviews. Hardcore Gaming wrote that it "feels like Bradley's alternative Wizardry 8". In comparing the two games' dungeons, HG101 said Wizards & Warriors are more complex. Andrew Park of GameSpot rated it 7.2/10 and wrote that the game seems to be unimpressive at first, perhaps because of its long development, but provides "many hours of exploration and character building". Tal Blevins of IGN rated it 8.4/10 and complimented the game's graphics and voice acting, though he wrote that the controls can be annoying. Blevins concluded, "If you like old-school RPGs, you'll fall in love with Wizards & Warriors." Jonathan Houghton of Adrenaline Vault rated it 3.5/5 stars and likened it to Everquest, saying that the game's unoriginal storyline is compensated for by its depth and longevity. In criticizing the game's controls, graphics, and story, Will Lally and Tina Haumersen of GameSpy rated it 69/100 and wrote, "Aside from some nostalgia value, there is nothing to recommend this game."